Easily embed and view photos in your construction commissioning forms 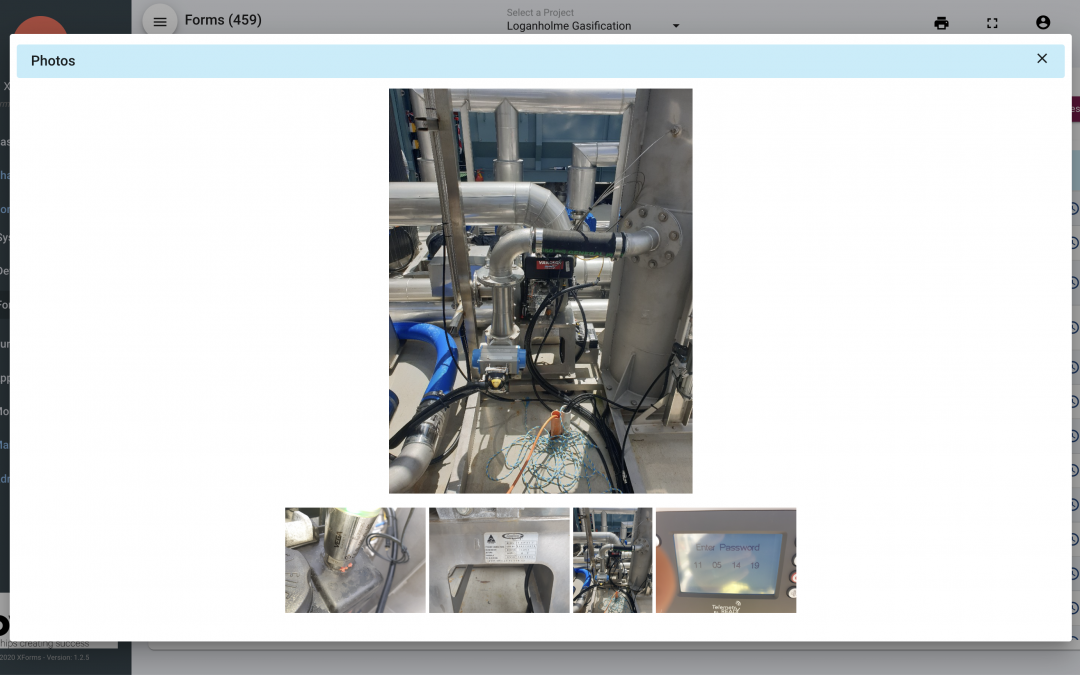 That also applies to photos of devices in your commissioning project.

Commissioning forms contain a lot of numeric data, checklists, and the like

Commissioning forms can be very technical.  For example, a transmitter calibration form might contain input and output signal values for 0%, 25%, 50%, 75%, and 100% for rising and falling tests in As-Found and As-Left states.  This is difficult to explain with just words (which is a classic example of a picture being worth 1K words), so here’s a screenshot of this: 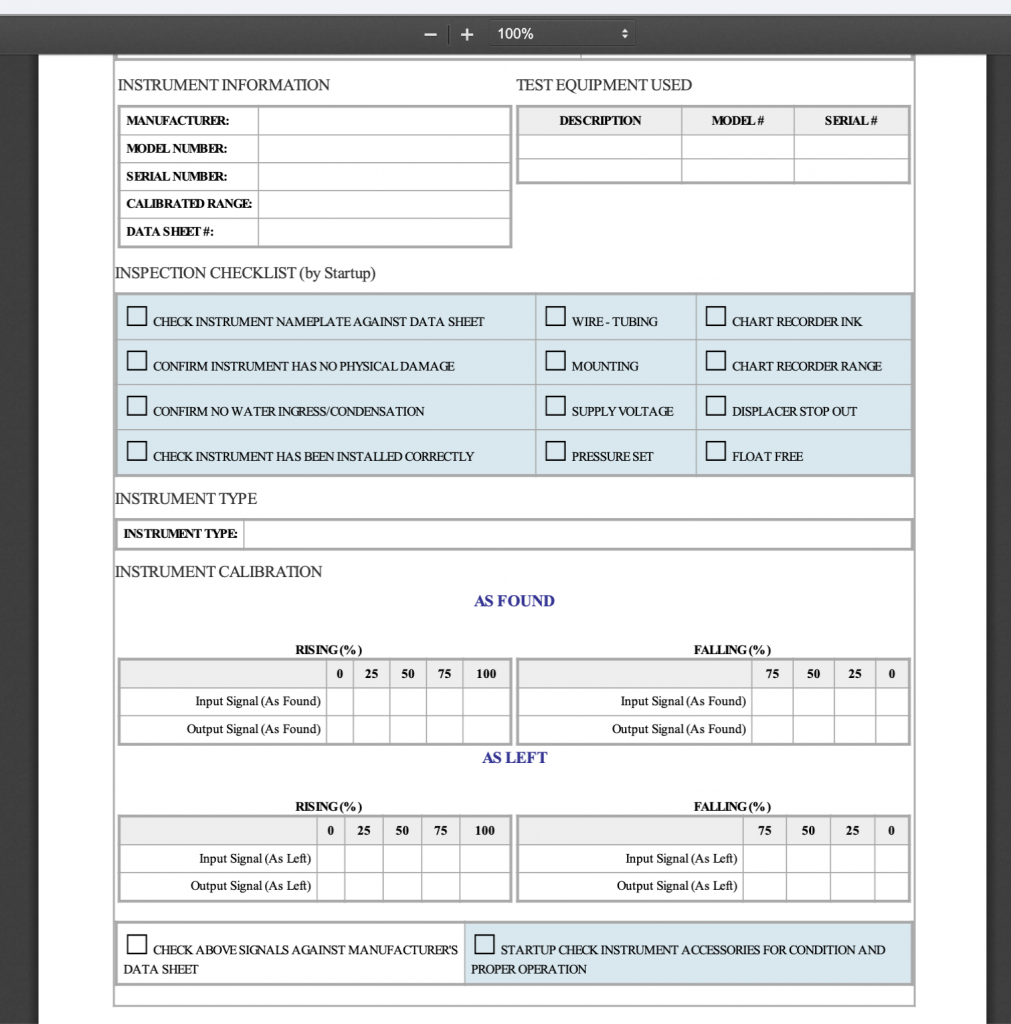 But sometimes, you need pictures too

While hard data makes up the vast majority of commissioning information, sometimes you need a picture or two to clarify.

So we made it super easy to take pictures right from within your commissioning input forms and punchlist forms.  We also made it ridiculously simple to view these pictures from the Cx dashboard.  And we also made it fairly simple to consume these pictures via the XForms APIs.  So you could, for example, take photos of a device, and have those photos make their way into your cloud storage account (e.g., OneDrive, DropBox, Box, Sharefile), Sharepoint, or other internal tool automatically, with no human involvement.

How’s that for nifty?

Right out of the box, XForms can drive your device camera (even laptop cameras), select images from your photo gallery, and draw on top of your images.  But you can also customize some attributes of the image control, right from the Form Template Designer tool.  These customizable attributes includes: 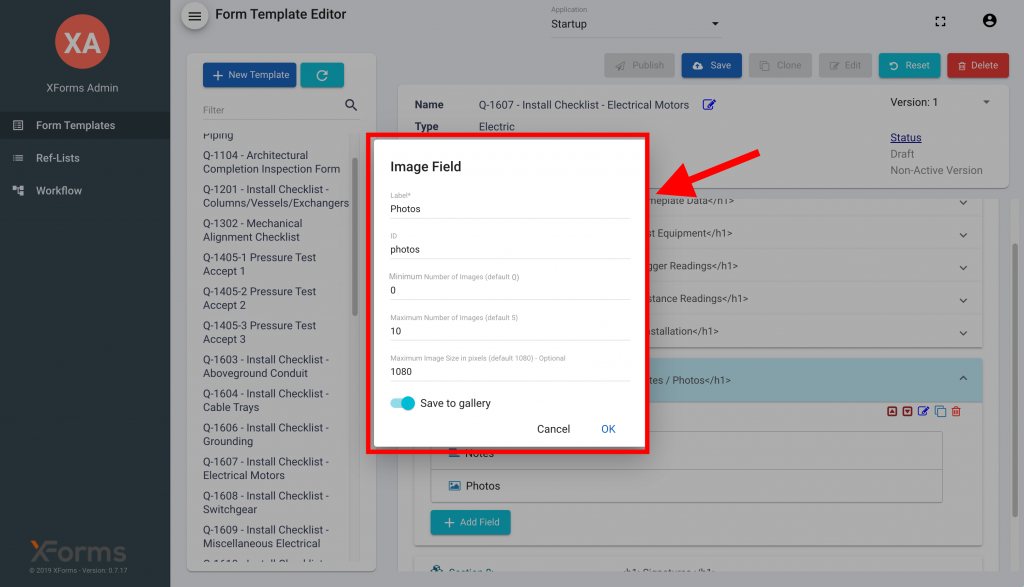 Simple to use in the field…

The photo field’s user interface is simple…anyone can figure it out.  Just scroll down to the image field, and tap on the “take picture” or “pick from gallery” buttons.  As a field user, you can also do the following things:

Here’s a short video of what this looks like

And simple to view from the reporting dashboard

Photos captured in the field are easily viewed right from the Completions > Forms screen.  Just click on the green camera icon, and your photos will appear right there in a popup window.  If more than one photo was taken, they will appear as thumbnails at the bottom center of the screen.  Click on one to view it in full screen.  Right click on it to download/save to your computer. 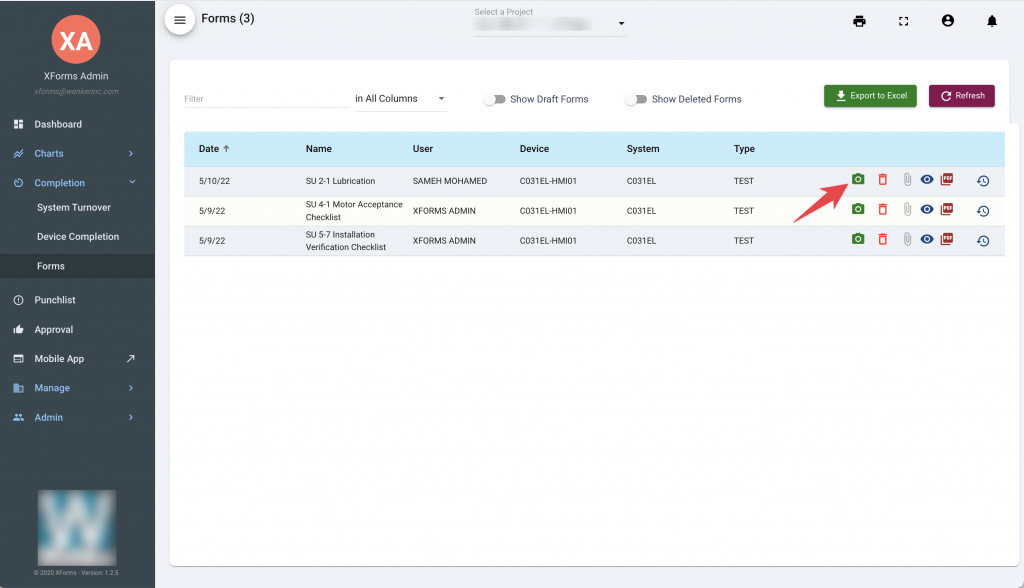 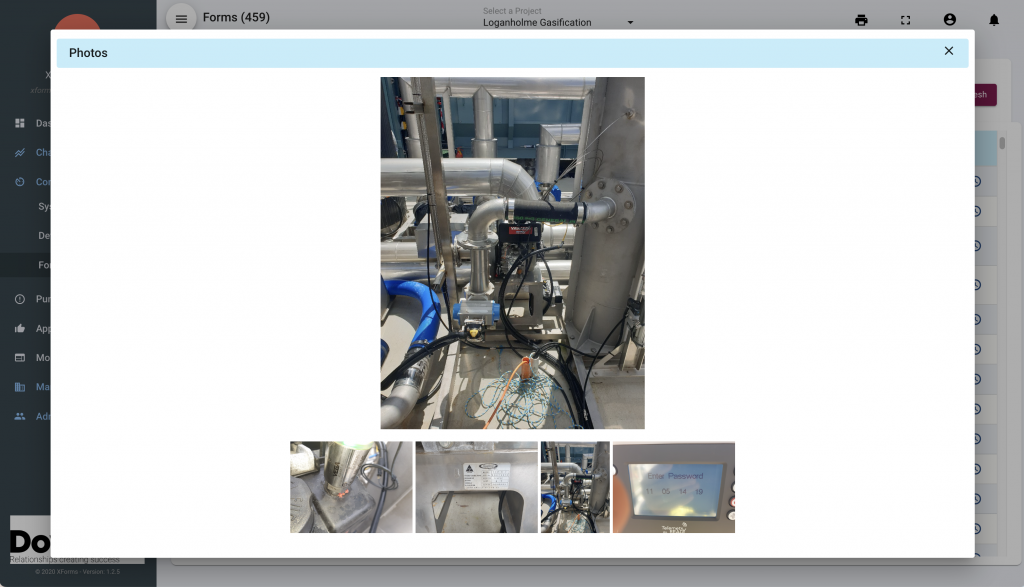 XForms Cx includes open APIs that let you interact with the system in a number of ways. This includes the ability to download images directly from the system and insertion into any other software tool you use, automatically, with no human involvement.  For example, you could create an Integromat (Make) or Zapier integration that authenticates into your XForms account, pulls photos out of it, and inserts them into Microsoft OneDrive,, Sharepoint, Slack, or any number of other tools.  This is not difficult or costly to do.  Your company’s IT folks can easily do this.  Or we can do it for you.  Either way, it’s not a big lift.

Basic API documentation can be found at https://api.xformsweb.com 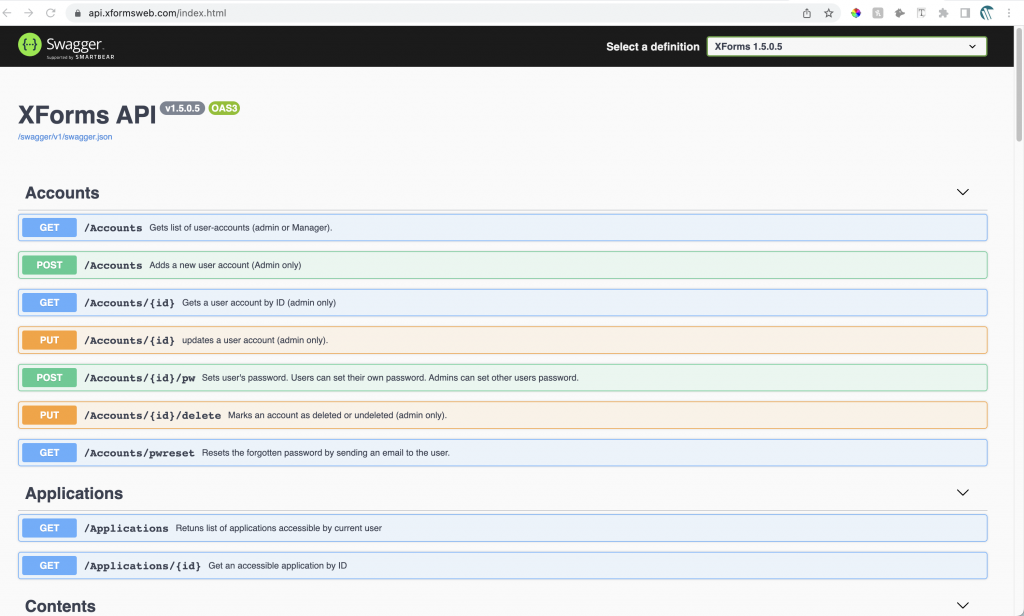 Want to give it a go?