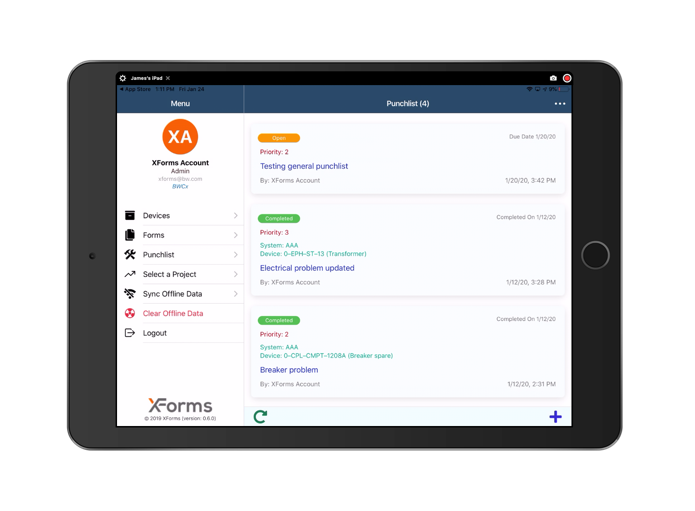 What is a punchlist?

Some people call it “discrepancies”.  Some call it “deficiencies” or “issues”.  In construction and commissioning, and how we refer to it at XForms, a punchlist is basically a way of identifying a problem, giving it a priority level, and assigning responsibility to someone to get it resolved.

In XForms, we’ve tightly integrated punchlist creation and resolution into the platform.  Here’s how it works:

With XForms Cx Mobile, you can start a punchlist from 3 different places:

Here’s some screenshots of an iPhone showing you the 3 different areas where you can start a punchlist record: 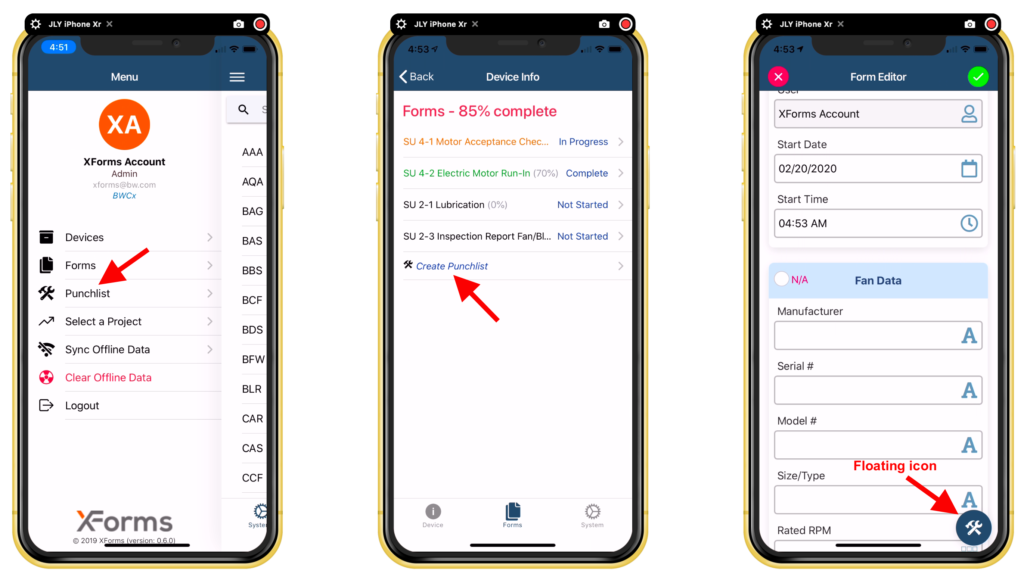 Fill out your punchlist info

If you start a punchlist from a device’s “forms” screen or directly from within a commissioning form, XForms will auto-populate the punchlist form with your device’s header information.  This includes:

From here, the field tech can enter other details, such as:

Here’s what this form looks like on an iPhone:

View and manage punchlist records from a dashboard

When a field tech enters a punchlist record in the field, it will automatically appear on the Cx reporting web app.  From here, an admin or Cx manager can: 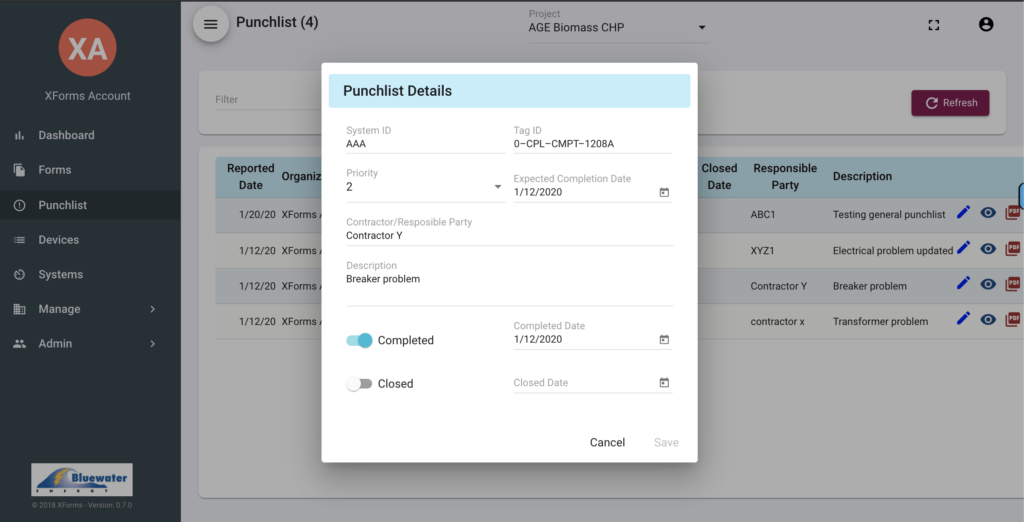 Get your field techs to verify that the issue was resolved

XForms uses simple “Completed” and “Closed” switches to denote when a punchlist item has been fixed/resolved, and when it has been actually verified to be resolved.  You can see these simple toggles in the screenshot above.

On the mobile app, a field tech can very quickly view their punchlist dashboard and filter it to only show items that have been open but completed but not verified.  Then they can tap on the punchlist record and mark it as closed once they have verified that the issue has been actually resolved.  Here’s a screenshot of what the punchlist dashboard looks like on an iPad. 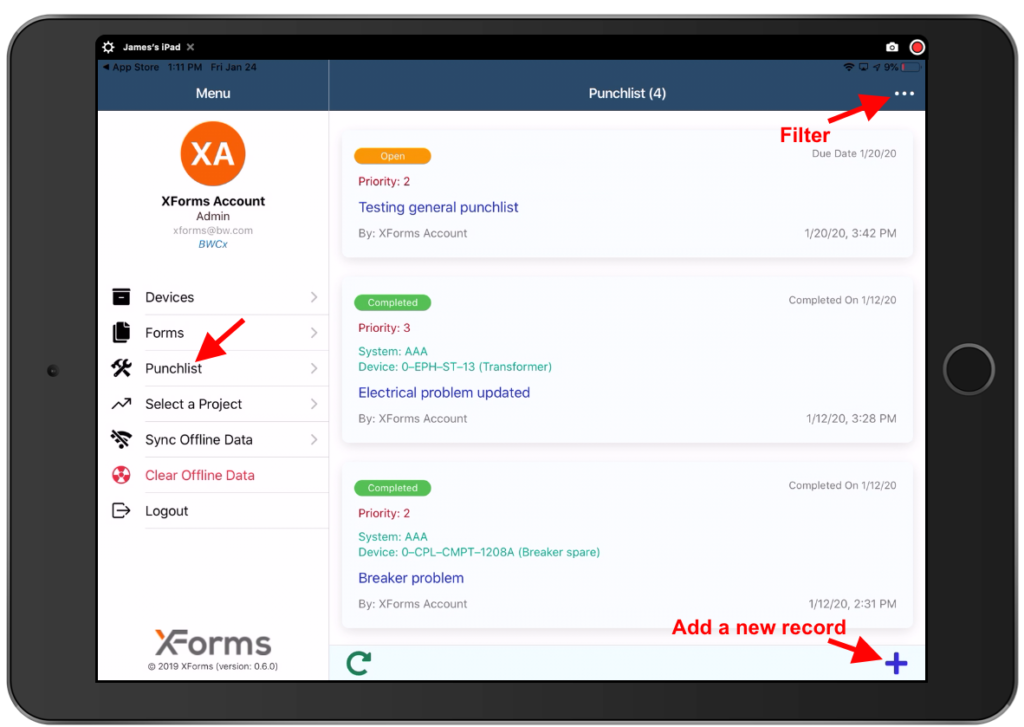 An end-to-end loop for punchlists, integrated elegantly into XForms

Little by little, our XForms Cx platform keeps improving.  Slow and steady, methodically and thoughtfully. We prefer to add functionality and features into our software like this, always thinking about the simplest way to do something without adding unnecessary complexity to the system, even if it takes longer to develop and roll out. After all, we believe that the busy folks using the software prefer something that just works, and is simple enough to understand without a giant learning curve, and something that takes as little time as possible to actually use, so that they can focus on other more important tasks at hand.